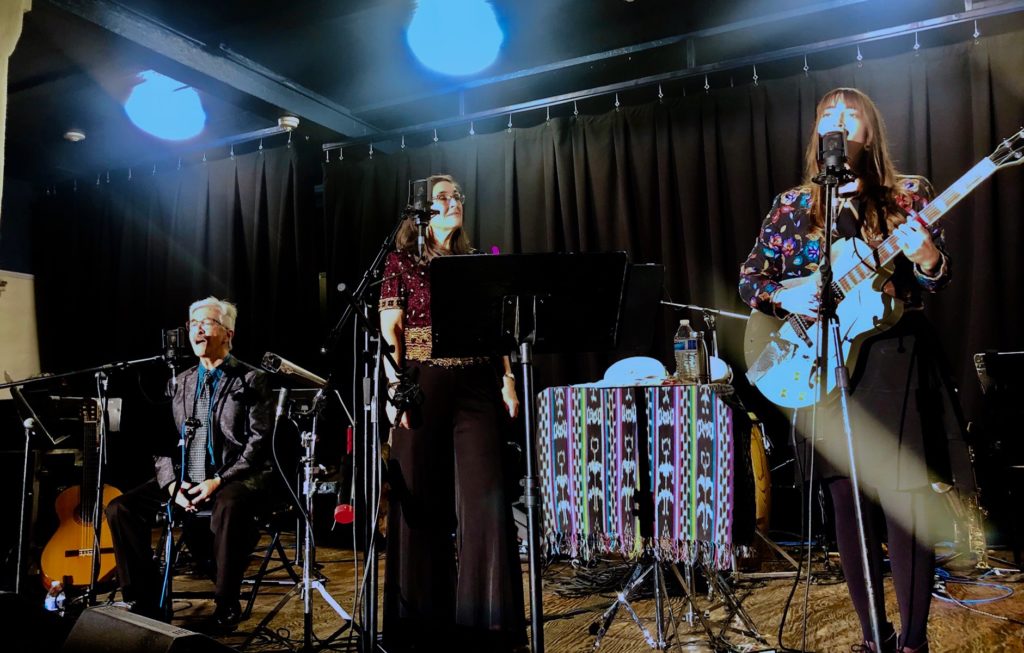 You may know that Rosi and I were professional Latin musicians long before we began our careers as bilingual voiceover actors. Music used to be our full-time gig, but these days it’s mostly voiceover work that puts food on the table and supports our music habit.

We recently celebrated the 25th anniversary of the band we founded, Sol y Canto, and the 35th year that Rosi and I have been playing together. To acknowledge these important musical milestones, we held a concert and live recording in Boston. See the preview below!

We were overjoyed to be joined by our very talented daughter Alisa. The last time she recorded with Sol y Canto was over 15 years ago, and Alisa was a small child, singing along with her twin. 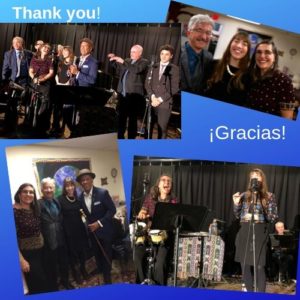 In the 1990’s, circumstances conspired to give us a taste of bilingual voice over work, and we liked it. It had quite a few advantages over making a living as musicians. We could live at home instead of on the road. We weren’t constantly organizing tours and rehearsals.  And we had our first experience of something else we’ve come to appreciate a great deal: using our voices for a business that’s creative and sustainable for our family!

But the music wasn’t going to let us get away that easily. We’ve never wanted to give it up altogether, and it’s still a huge part of our lives. And now there’s an extra-special benefit. After spending much of her childhood touring with us, our daughter Alisa has grown into a phenomenally talented singer/songwriter. (She’s also become a great voice actor, which is a great way to make ends meet as she develops her musical career.) In the last several years, we’ve had the good fortune to be able to sing with her, both on our repertoire and on her beautiful songs. The recent anniversary concert highlighted the family trio, and it was powerfully moving.

I’m not going to lie. Sometimes there’s a tension between our musical and voice over careers. Sometimes I wish I could spend more time composing and practicing. But there’s also a lot of happy overlap. I get to compose and record music for a lot of projects, especially many of the children’s audio books we’ve narrated. Recently I was commissioned to write a Puerto Rican style holiday song to be “sung” by a puppet (in Alisa’s voice) for a video produced by a national food and entertainment chain. That’s the kind of job that makes me pinch myself to believe I’m getting paid for having that much fun!

Aside from the direct music work that sometimes accompanies voiceovers, music has also seeped into our work as voice actors in subtle ways. All the years of singing have made both of us very aware of our voices, how to modulate them, and how to take care of them. The vocal warmups we do for singing are also great preparation for a voice over session. I also find that awareness of melody and rhythm definitely applies to the spoken word as it does to music. Tuning in to the melody of a character’s speech or accent helps me in developing character voices.

Our voiceover and music careers are a bit like our marriage. Sometimes there are little disagreements, but both sides support and love each other, and we work it out.

Musical Epilogue: The Next Chapter 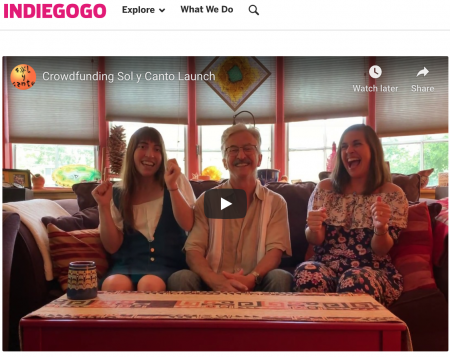 Our Sol y Canto anniversary concert in Boston was a huge success! We’re documenting it with what we anticipate will be a wonderful CD. The recording captures a very special moment before Alisa’s career takes off and she leaves the nest.

I invite you to listen to our music and consider taking it a bit further. We’ve launched an Indiegogo crowdfunding campaign for this album, and we’ve reached more than half of our goal!

We hope you’ll join our musical journey by sharing and contributing to our campaign. For your support, we’re offering some fun perks including your own copy of the music (CD or digital download).

Please help us raise the $10,000 we need to make this dream a reality!

Thank you – gracias – de todo corazón – from the bottom of our hearts, in advance!