Watch this charming animated PSA for the El Paso Streetcar, voiced  by our daughter Alisa Amador. Produced by Pilgrim Animation

PSAs are used to inform the general public and promote government programs, services, or activities or those of non-profit organizations. To be effective, they need to engage the audience with a relatable message and delivery.

Over the years, Rosi and I have had the honor of voicing bilingual PSAs for causes that we wholeheartedly support. We recorded English and Spanish versions of the  “Ask MOVA” spots, produced for the Massachusetts Office for Victim Assistance.  These PSAs were created to inform survivors of the Boston Marathon bombing of the services available to them.

Working with ChavoBart Digital Media, our whole family recorded the environmentally themed PSA “La Familia Verde/The Verde Family”.  And in the wake of Hurricane María, Amador Bilingual Voiceovers partnered with MORE Advertising to create PSAs for the Massachusetts United for Puerto Rico Fund. We produced and voiced the spots, in addition to providing original music.

What Makes a Great PSA Voiceover?

Whether targeting the Hispanic population or a general market, producers who create powerful calls to action are looking for a specific skill set from voiceover talent. Being able to meet this need has allowed us to put our voices to work where they are most useful.

Here are some important qualities to look for in bilingual voice talent for PSAs:

1. Perfect command of both English and neutral Latin American Spanish.

Often the same campaign will be produced for both English- and Spanish-speaking media. Having voice actors who can speak both languages can streamline the process and save the producer money. Neutral Latin American Spanish, which avoids regional dialects and accents, is useful in reaching Spanish-speaking audiences of all backgrounds.

You can learn more about neutral Latin American Spanish in this post from our archive.

Like advertising, PSAs are often most effective when the listener feels an affinity with the person talking. In Hispanic markets, this means there’s a demand for Hispanic-accented English. Finding the right degree of accent can be a challenge, and for that purpose we created The Revolutionary Accent-O-Meter.

3. Experience and an ability to take direction quickly and accurately.

The goal of many PSAs is to make an emotional appeal to the listener. To do that successfully, the voice actor has to be able to take direction, and to offer different interpretations of the same copy.

4. An understanding of the PSA’s purpose and the ability to convey it powerfully and emotionally.

Voice acting is acting. And acting depends on the ability to analyze the script and interepret it through the lens of one’s own experiences. This is a skill developed over time, and it’s painfully obvious when it’s lacking.

5. A topnotch recording studio that can deliver consistently good audio.

While many PSA producers choose to work in commercial studios, a professional quality home studio can save money and streamline the creative process. Internet-based audio platforms offer producers the ability to hear and direct the voice talent, or even to record remotely. Some of the most popular are ip-DTL, Session Link Pro, and Source-Connect.

The capacity to add an audience-appropriate original music bed and to fully produce the spots. This can save the producer time and money and enhance the consistency of the spot.

The best way to create a PSA targeted to a Spanish-speaking audience is to create it from scratch in Spanish. But that’s not always possible. If a producer wants to create a Spanish spot based on preexisting English copy, it’s vital that the translation be accurate, idiomatic, and culturally relevant. It’s no exaggeration to say that a bad translation can ruin a PSA. We’re often called upon to translate spots or to tweak them so the Spanish sounds more natural.

Brian and I recently had the immense honor of once again being chosen as part of a select cast of narrators to overdub  a documentary in Spanish and raise our voices for educational justice. “Raising of America,” is an extraordinary and revealing 5-part documentary featured on PBS stations nationwide and online.

“We needed to fit the Spanish into the English perfectly. Rosi and Brian always paced their delivery so it matched as closely as possible and nailed it. They were also adept at matching the emotions of the original characters. Plus, these two are always on happy drugs!”     –Sabrina Avilés, Spanish Version & Associate Producer, Raising of America’s “Wounded Places” segment.

Educational Inequity
Both Brian and I feel passionately that this is an issue that needs to be an urgent priority in the United States. This series addresses the questions of why so many children in America are faring so poorly and how might we, as a nation, do better.

One of Our Passions
While we frequently overdub web videos in Spanish, working on documentaries is a passion for us. We voiced many different characters throughout the five segments in neutral Latin American Spanish, from social workers and researchers to parents and doctors, which is always a welcome challenge as actors. Brian even got to be the voice of Vice President Walter Mondale!

Let Us Know What You Think and Share This
By blogging about this, we hope to inspire people to use The Raising of America as a tool to improve children’s well-being. Information is available at  www.raisingofamerica.org. Please spread the word by sharing this with your friends. We’re thrilled to tell you that the full Spanish version is still available online at this link.

This series was produced by California Newsreel and Vital Pictures. Special thanks to longtime friend and awesome producer Sabrina Avilés.

As English/Spanish bilingual voice actors, we often receive inquiries and quote requests for Spanish voiceover of already-existing recordings in English. Sometimes the copy hasn’t been translated, and the client asks us to help with that, but more often than not, they provide some sort of translation.

That “some sort” can vary wildly.

At best, it’s copy that has been translated professionally, with consideration given to economy of language. A straight translation of English to Spanish often yields as many as 1/3 more words, and it’s nice for us not to have to race through it.

At the other end of the spectrum is copy that has been run through some sort of computer translator. While this technology is improving, it’s still a long way from being able to being able to produce a natural, intelligible translation. One of our co-workers once used Google Translate to help her understand an email in Spanish. The person writing explained that she had been on tour with her father’s band, which Google translated as: “I’ve been of tour with my potato’s orchestra.”

Between the extremes of professional translation and Google, we often see translations apparently done by someone, perhaps a co-worker or employee of the client, who speaks Spanish, but not always very well. Many Americans of Hispanic descent grew up speaking Spanish at home, but being educated in this country, they never learned to write correctly in Spanish, and often their vocabulary is limited to what they used as kids speaking to their parents.

So, assuming I’ve made the case for a professional Spanish translation, the question arises: What kind of Spanish? The answer depends on the intended purpose and audience.

As in English, throughout the Spanish-speaking world there are many regional accents and dialects.

• Mexican Spanish is widespread, especially in the Southwest, California and Texas. Mexicans and people of Mexican descent comprise most of the Spanish speakers in the U.S.
• In South Florida, most Spanish speakers come from a Cuban background.
• In the Northeast one is more likely to hear accents from Puerto Rico, the Dominican Republic and Central America.

But what about material targeted at a national or international market? In the commercial and entertainment world, producers long ago figured out that to reach a wider audience it made sense to use Spanish that was not regionally-specific, but more universally understandable and acceptable. This is often referred to as “Neutral,” “Neutral Latin American,” or “Standard” Spanish. I avoid the term “standard”, as there’s really no such thing – what’s standard in Latin America can be considered wrong in Spain, and vice versa. Whatever term you prefer, this variant has the following characteristics:

• It avoids regionally-specific vocabulary* in favor of words understandable to anyone from the Spanish-speaking world;
• It avoids regional accents; and
• It tends toward a less inflected read, avoiding the “sing-songiness” that characterizes many regional dialects.

While there are appropriate uses for regional Spanish in voiceovers, the advantages of using Neutral Spanish for reaching a wide audience are obvious.

With a professional, Neutral Spanish translation, and a professional recording, you maximize the impact your message will have with the most people possible. And for those of us in the communication business, reaching people with an effective message is what it’s all about.

*Here’s an example of regionally-specific vocabulary, from a children’s song I wrote about flying kites. For some reason, there are almost as many words for “kite” in Spanish as there are Spanish-speaking countries.

If there’s one thing that most working mothers share in common, it’s the desire to balance work life and home life. Achieving that elusive goal of fulfilling your calling as a parent as well following your passions and career choices can feel like the Holy Grail.
END_OF_DOCUMENT_TOKEN_TO_BE_REPLACED 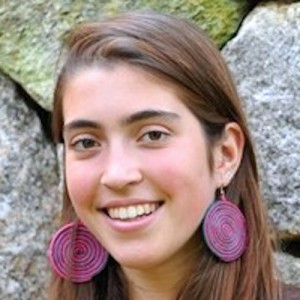