Voting is the most effective way to make your voice heard on the issues that matter most to you.

Did you know that according to the Census Bureau’s 2019 estimates, the U.S. Hispanic population reached a record 60.6 million? That’s an increase of 930,000 over the previous year! If we come out to the polls to flex our power, we can drive necessary change in our country.

The Spanish language and a Call to Action

We’re passionate about social, economic and environmental justice, and we love lending our voices to progressive causes and candidates. Over the years we’ve worked in this industry, we’ve had the privilege of collaborating with media producers on many powerful ads targeting Hispanics. During election season these opportunities become even more meaningful.

We recently recorded  “Nuestro País” – A call to action for immigrants to vote, for Just The Truth PAC, the featured video in this blog post. My wife and partner Rosi, our son Zia and I used our voices to advance and expand our democracy, making this one of our favorite projects. The 2020 election marks the first time that Hispanics are likely to be the largest racial or ethnic minority in the electorate, representing 18.4% of the total U.S. population. It could be argued that Spanish is becoming a compulsory second language in business, advertising and politics.

The Latinx community has come together in inspiring campaigns and narratives aimed at effecting change. The Latino Victory Project campaign is an ambitious, progressive effort to build political power within the Latino community. Rosi was honored to have been selected to provide the voiceover for this powerful Latino Victory profile video, currently featured on the organization’s Facebook page for election season 2020.  Latino Victory’s goal is to win elections for local, state and federal offices; it advocates on behalf of the Latino community by advancing a positive narrative about Latino values and influence.

ABVO has been entrusted to voice a wide variety of bilingual and Spanish ads, videos and eLearning tutorials meant to inform, guide and inspire our Latinx population. We believe it is crucial for us all to be informed so that we can consciously exercise our right to vote. We take pride that our work has reached so many bicultural, bilingual, and Spanish speaking people. We know that multiculturalism has been the trend for a while now. As a bicultural family, we embrace this reality and the opportunity to reach out to previously underserved audiences.

This November, we in the Latinx community have the opportunity to make our voices heard. Our community deserves representation by leaders who will step up and effect change on the issues that affect us. Our family has already voted. If you can do so, vote for the future! Vote for those who can’t vote! But more importantly, let’s vote for progress in this country. Because we’ve never faced a more consequential election.

In saying adiós for now, we would like to share with you an amazing project ABVO had the pleasure of collaborating on. It’s a tiny film with a big idea: to ask viewers across the world to take a minute to vizualise the better future we could have, even in the midst of this pandemic: “Imagine.” The speakers include Pope Francis, Nobel prize winner Dr. Mario Molina, UN climate treaty negotiator Christiana Figueres, and Indigenous leaders Hindou Ibrahim and Benki Piyako. It features a beautiful score by legendary composer Max Cooper, animation by award-winning experimental filmmakers/artists the McGloughlin brothers, and Spanish overdub  narration by our very own Rosi Amador.

Until next time, keep your ojos on the premio!

This election season, make sure to stay safe by taking all necessary precautions when you exercise your right to vote. 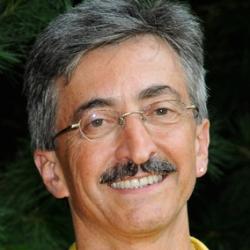