What do the World Wide Web, LINUX and a voiceover trade association have in common? 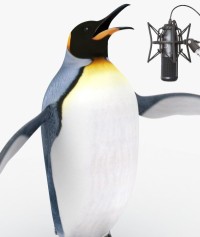 I recently heard a very interesting TED Radio Hour (is there any other kind?) about the Open Source concept.

One speaker traced the roots of Open Source back to the publication of the first scientific journal, Philosophical Transactions, created in the mid-1600’s by the precursors of today’s scientists. The revolutionary idea of sharing and discussing scientific methods and discoveries rather than guarding them jealously led to unprecedented scientific advancement.

The World Wide Web is Born

Fast-forward to 1989. Tim Berners-Lee, a programmer at CERN, the European Organization for Nuclear Research, figured out another way to expedite the sharing of information, and the World Wide Web was born.

At that time, a similar system was being developed at the University of Minnesota, dubbed Gopher. Never heard of it? Here’s why: The University decided to charge money for access to Gopher, while CERN put the World Wide Web software in the Public Domain, making it available to everyone for free.

LINUX: You May Not Know It, But You Probably Use It

Meanwhile, a young programmer named Linus Torvalds was working on his own Open Source project – the LINUX computer operating system. Unlike the feudal model used by commercial software developers – one owner, many workers – LINUX was created collaboratively.

While Torvalds maintains control of which changes are incorporated, the operating system is not “owned” by anyone, and the source code is free to all. As a result, it became the basis for the operating systems of every Android device, Kindle, and Nook, as well as for the Chrome browser and the Cloud. Instead of starting from scratch to build their own OS’s, developers can begin with LINUX, which is good enough, and it’s free.

What Open Source has shown us is that when you create something that’s free and open to everyone, it sometimes leads to results that no one would have thought possible.

A similar phenomenon is happening in the world of voiceover, an industry that has undergone revolutionary changes in the last couple of decades.

Digital recording technology has made high quality audio recording vastly more affordable and accessible than before, and as a result many more aspiring voice actors have gotten into the game. Those with little experience can now compete with seasoned professionals.

Pay-to-play casting sites stepped in to provide producers with a large pool of talent, and voice actors with audition opportunities. Unfortunately, the owners of these sites are sometimes more interested in squeezing money out of both the voice talent and the voice seekers than in cultivating an industry in which professional work is compensated professionally.

Voiceover.biz: a Win-Win for Voice Actors and Clients

In the midst of this democratic and somewhat chaotic scenario, World Voices (WoVo) www.world-voices.org was born, an international trade association dedicated to representing the interests of voiceover professionals. These include maintaining high performance and technical standards, as well as establishing an audition platform where vetted, professional voice actors can connect with producers willing to pay fair rates for quality work. In keeping with the Open Source model, this platform, hosted at www.voiceover.biz, is free to both voice seekers and WoVo members, and is an invaluable new resource for producers seeking seasoned voice talent.

The voiceover community includes a lot of entrepreneurial, collaborative and practical people. It was only a matter of time before they created something together that they couldn’t have separately. Our Open Source project belongs to all its members, it’s open and transparent, and while it’s still quite new, it may well produce results that no one would have thought possible!